Over 25 years Premier Carriage has provided vehicles for many Film and Television programmes, as a result, we have provided our services and vehicles for many celebrity weddings and provided vehicles that have featured on both the big screen and small screen and many you may well recognise.  We have put together below a short selection of some of our famous Film and TV vehicles. All vehicles are available to hire for weddings. 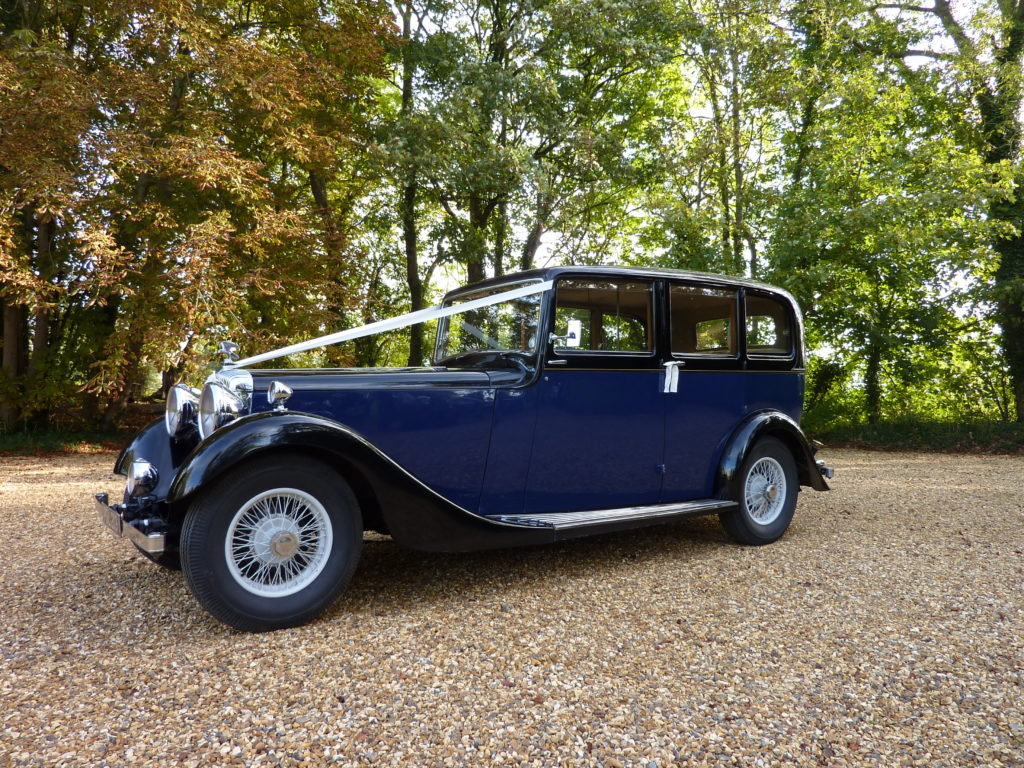 Vintage Car used in the television series of Agatha Christie's "Poirot" starring actor David Suchet[/caption] This 1935 Vintage Daimler was used in the famous Agatha Christie film ‘Lord Edgware Dies’, starring actor David Suchet as the famous Belgian detective ‘Hercule Poirot’. It was also the regular transport of the late King Edward VIII and Mrs Wallis Simpson after the Kings abdication and during his exile in France.

Apart from its famous pedigree, the car is also a popular choice for Brides due to its spacious interior.     [caption id="attachment_54242" align="aligncenter" width="237"] 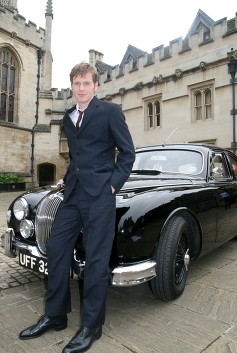 ITV Television Detective Series ‘Endeavour’, the sequel to ‘Inspector Morse’ with Actor Shaun Evans[/caption] This 1959 Jaguar Mark 1 is the actual car used by the lead actor Shaun Evans in the popular detective drama series ‘Endeavour’. The television series based upon the younger ‘Inspector Morse’ which starred John Thaw. Shaun uses this very car as his own Police Car in the series, he says driving it is the best part, he simply loves it. 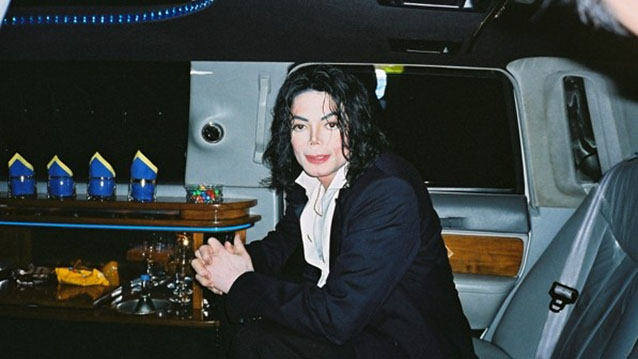 Michael Jackson in the Limousine during his Devon Tour[/caption] This particular American Lincoln Stretched Limousine affectionately known as ‘Big Tex’ due its number plate has carried some very famous people in its time including the world-famous king of pop himself ‘Michael Jackson’ along with his sister ‘Germaine Jackson’ and best friend ‘Uri Geller’ during the Devon part of Michael Jackson’s UK tour. 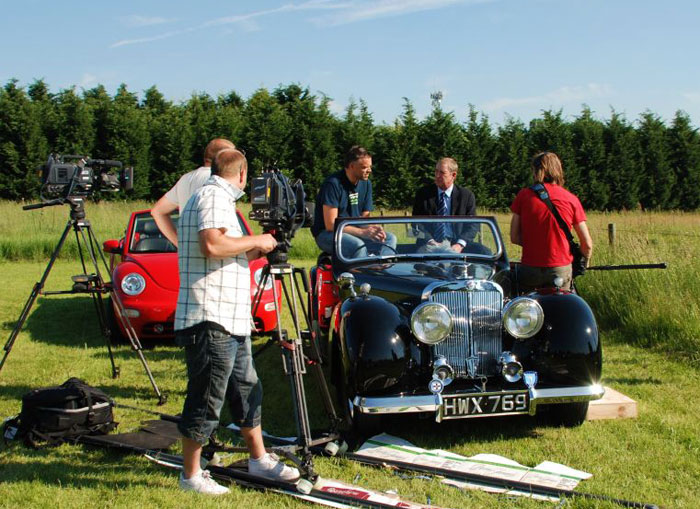 Classic Triumph on the TV recording set of "Bergerac"[/caption] This 1949 Triumph Roadster was used in the television series ‘Bergerac’ set on the island of Jersey and was used by the star of the series John Nettles who can be seen perched on the car talking to the director. John Nettles of course is also well known for the series ‘Midsomer Murders’. The Triumph Roadster was designed on the classic tourers of the 1930’s where two additional passengers could travel in ‘Dickey Seats’ in the boot, yes in the boot !.

On this particular car these two seats have their own windscreen. 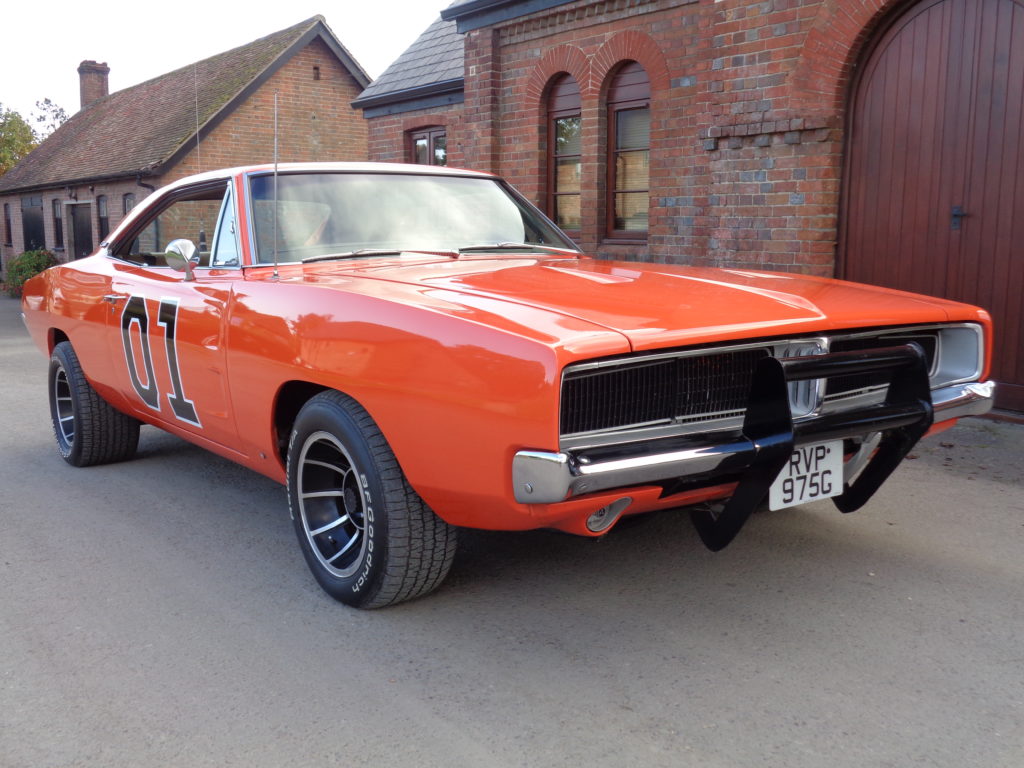 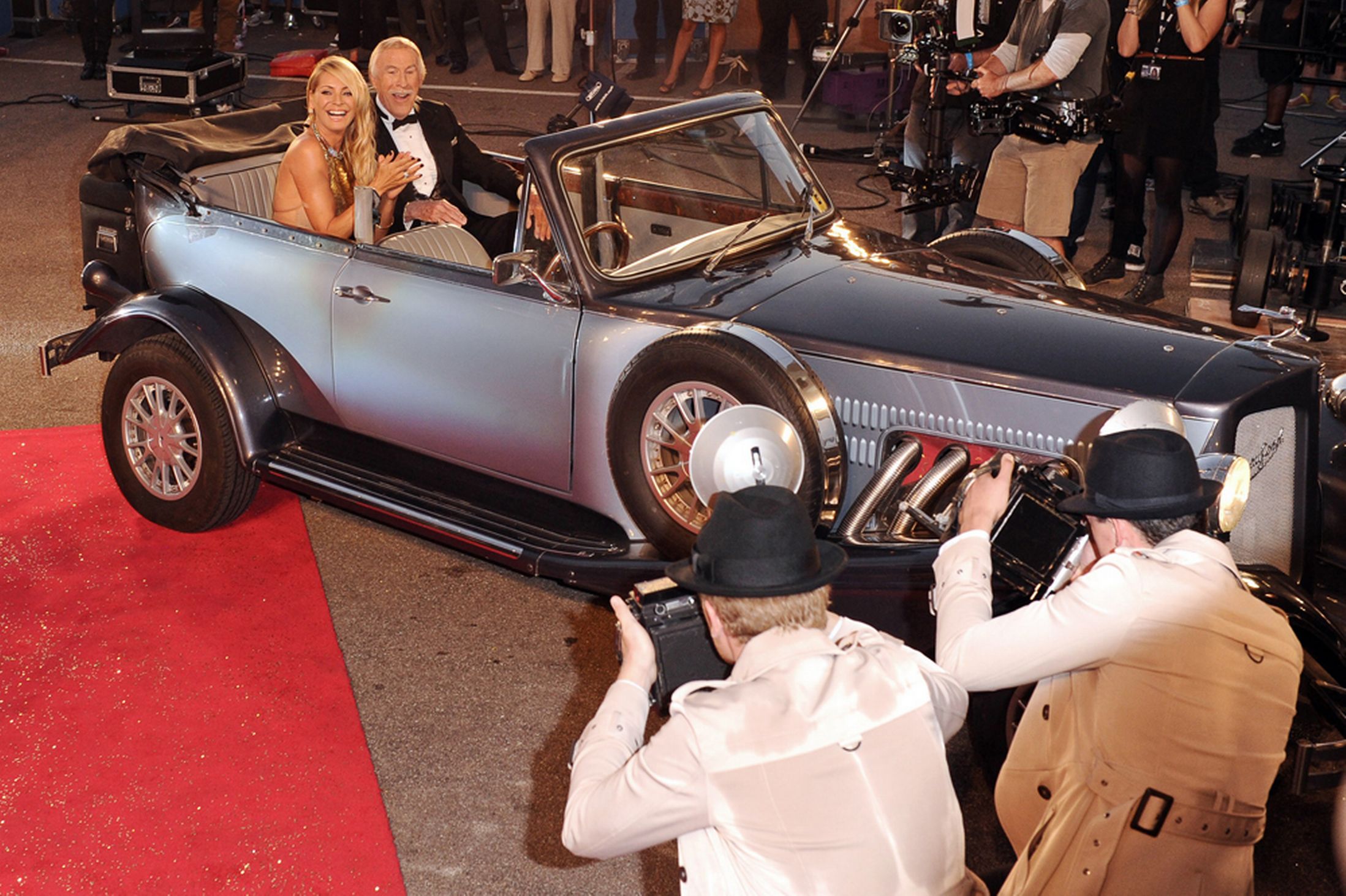 Sir Bruce Forsyth and Tess Daly arriving at the Strictly Come Dancing set[/caption] This two-door 1930’s style Beauford Convertible was used by BBC television for an episode of the very popular BBC TV series ‘Strictly Come Dancing’ shown above with the late Sir Bruce Forsyth and his co-host Tess Daly arriving on set. Didn’t he do well ! You will note the front passenger seat was removed to ensure Sir Bruce had plenty of room for those very famous tap-dancing feet. 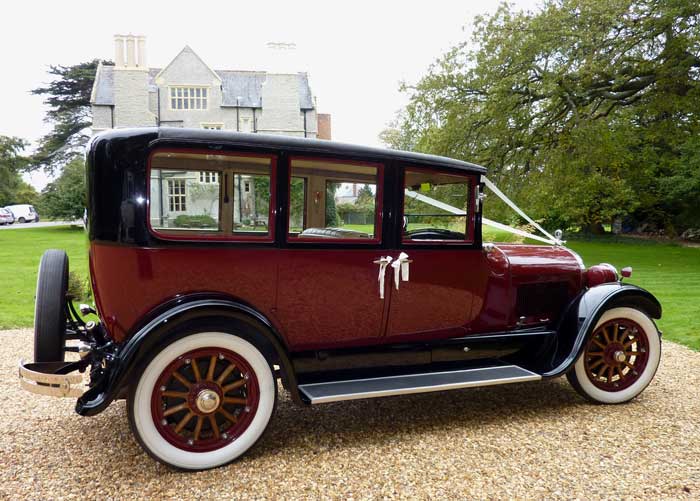 This 1924 Vintage Cadillac Limousine was used in the popular television series ‘Downton Abbey’ and you may well remember American actress Shirley MacLaine as ‘Martha Levinson’ being chauffeur driven along the drive and graciously stepping out outside the main entrance of Downton Abbey. Our chauffeur actually drove the car and said Shirley was superb both in and out of character. 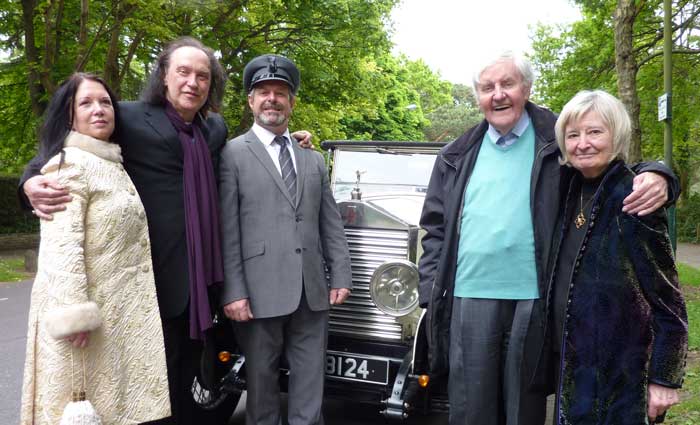 Vintage Rolls-Royce with British Actor Richard Briers and Musician Dave Davies and their wives[/caption] This Rolls-Royce Park Ward Convertible was used for the day to transport in Bournemouth both famous actor ‘Richard Briers’ and his wife Ann, and world-famous Kinks musician ‘Dave Davies’ and his wife Kate to the birthplace of the career of well-known comedian ‘Tony Hancock’. Many hundreds were waiting to see their arrival. 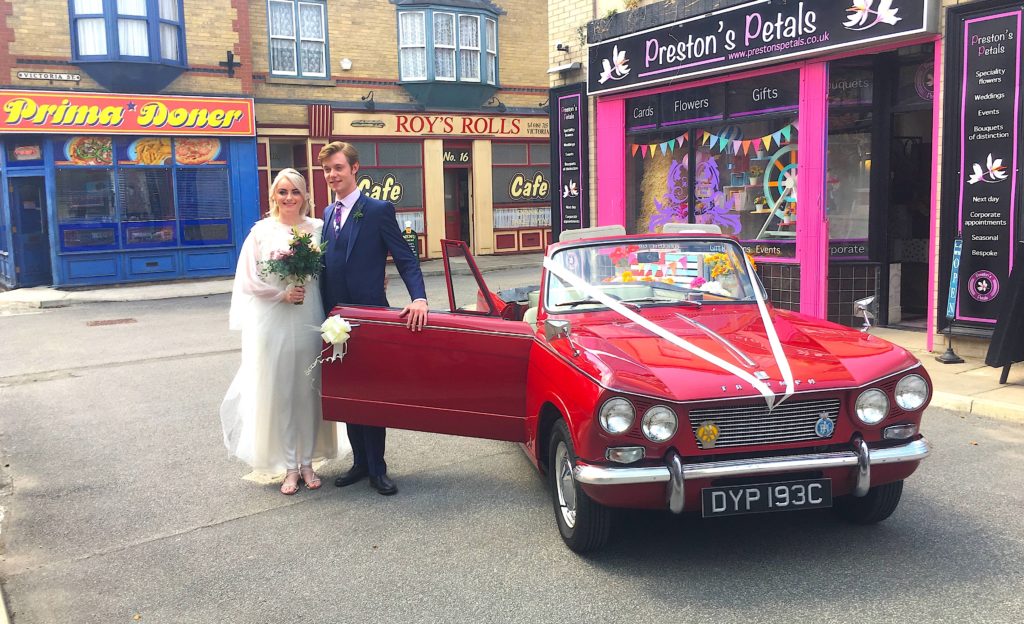 Classic Triumph on Coronation Street set for the wedding of Daniel and Sinead[/caption] In 2019, This classic Triumph Vitesse 6 Sports made our list of "Famous Film and TV Vehicles" for being used in the popular TV Series ‘Coronation Street’ as the wedding transport for Daniel and Sinead, actors Rob Mallard and Katie McGlynn pictured above. And below parked outside the famous Rovers Return, as there is no chauffeur in the photo we can all guess where he’s gone ! The Rovers .. If you’d like this car for your  wedding then it is [ref 323], located in Cheshire area. 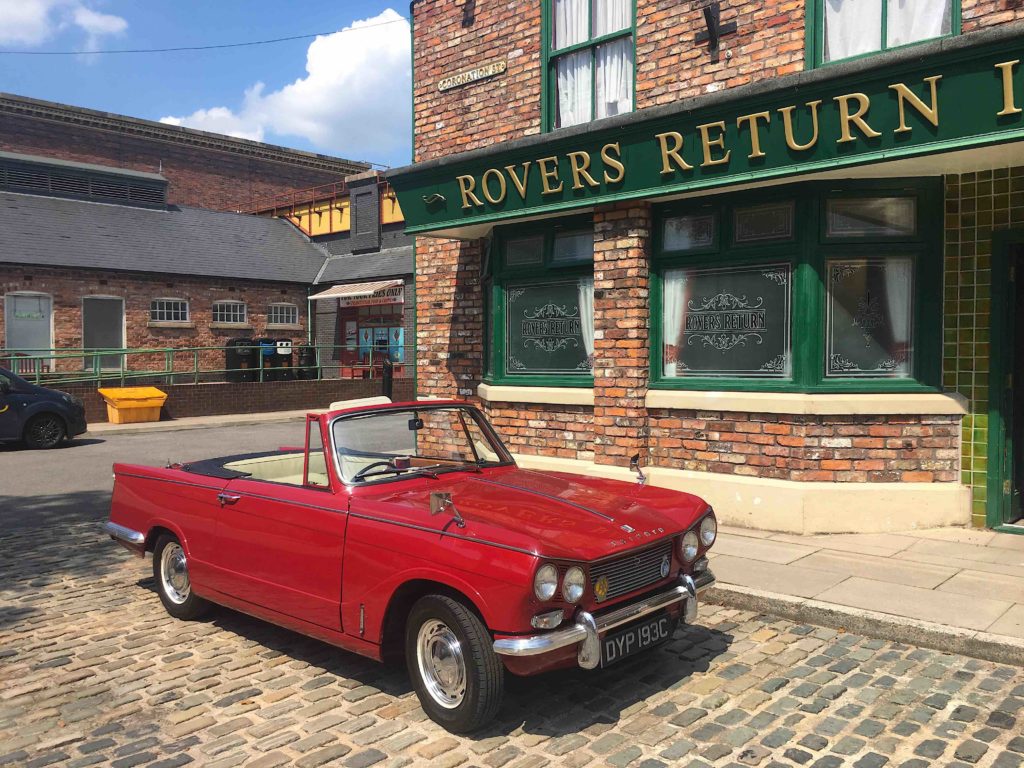 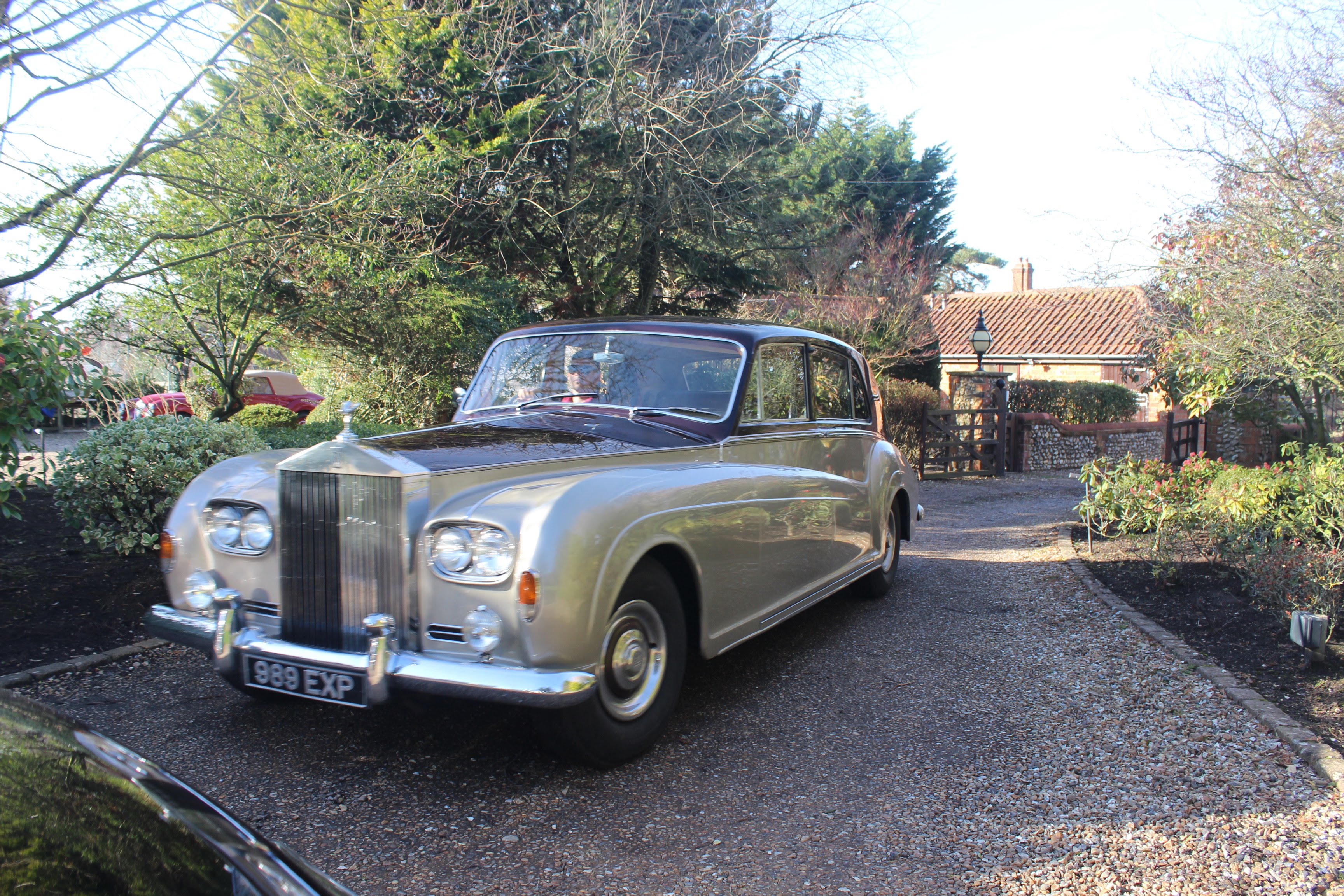 Classic Rolls-Royce Phantom used for the movie "Rocketman" with Elton John,  and also Netflix TV Series "The Crown"[/caption] The above Rolls-Royce Phantom V had to make our List of "Famous Film and TV Vehicles" has it was recently used in the big screen film ‘Rocketman’ portraying the life of music superstar ‘Elton John’, you can see more photos of this Classic Limousine on its car page [ref 486]. It also starred in the Netflix series ‘The Crown’. You can hire this stunning luxury Limousine for your wedding.

lton John "Rocketman" in our Rolls-Royce Phantom[/caption]     Below are the elegant Bentley Mark VI Hooper and Rolls-Royce Silver Dawn vehicles which were both used in the TV series ‘Cold Feet’. A video of both cars from the TV series is viewable along with the actors including ‘Robert Bathurst’ and ‘Hermione Norris’. Both Rolls-royce Phantoms shown

below Ref. 472 and 470 on our website have appeared in the Netflix Television Series "The Crown". 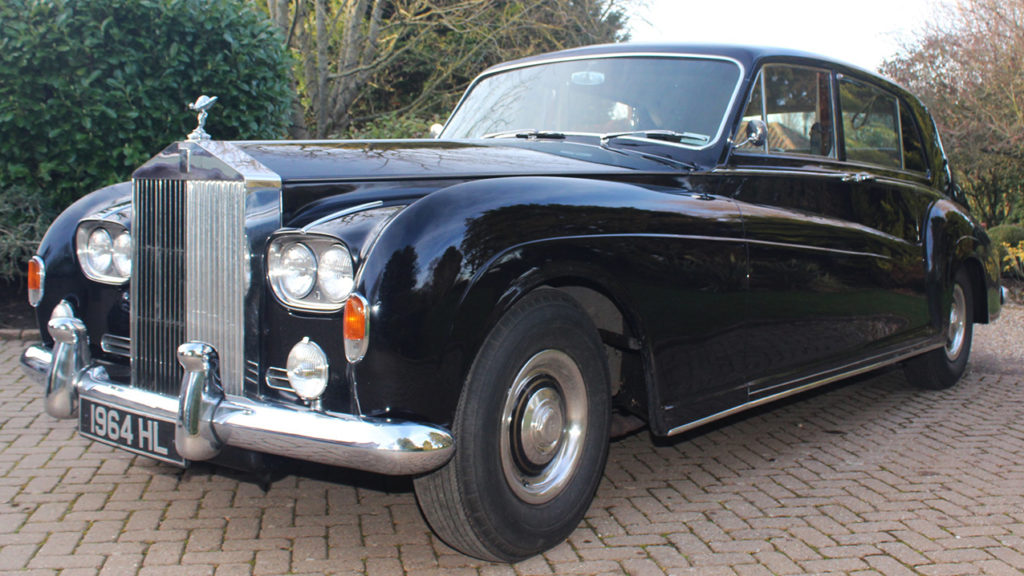 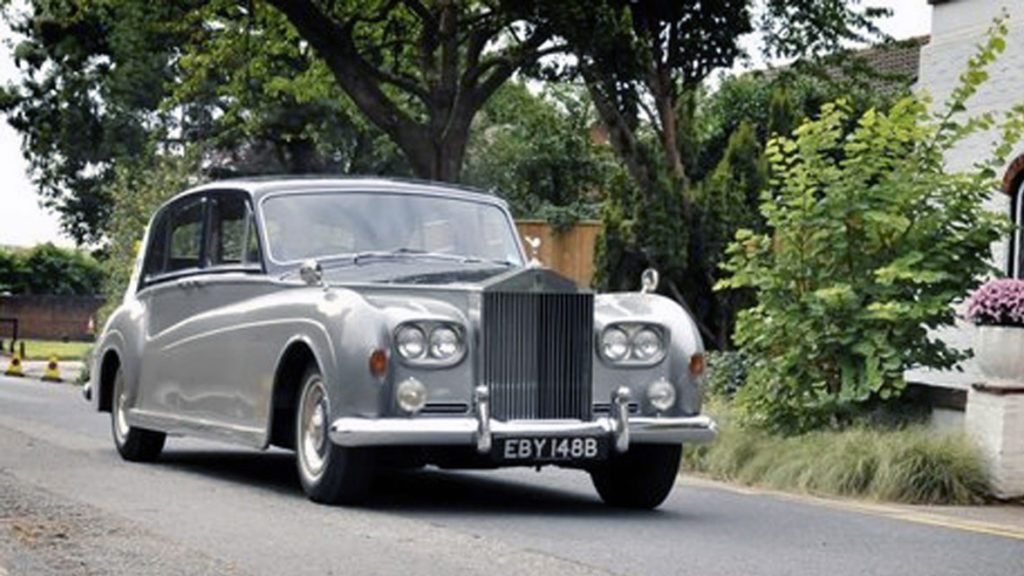 The below classic Hillman Minx has also starred on some recent TV programmes. It will appear in the upcoming 2020 film 'Ironbank' with actor Benedict Cumberbatch.  Great British Car Journeys on channel 4.   The BBC Drama "Small Axe" directed by Steve McQueen.   It is also starring in the popular Amazon Series "The Grand Tour" with Jeremy Clarkson, James May and Richard Hammond. 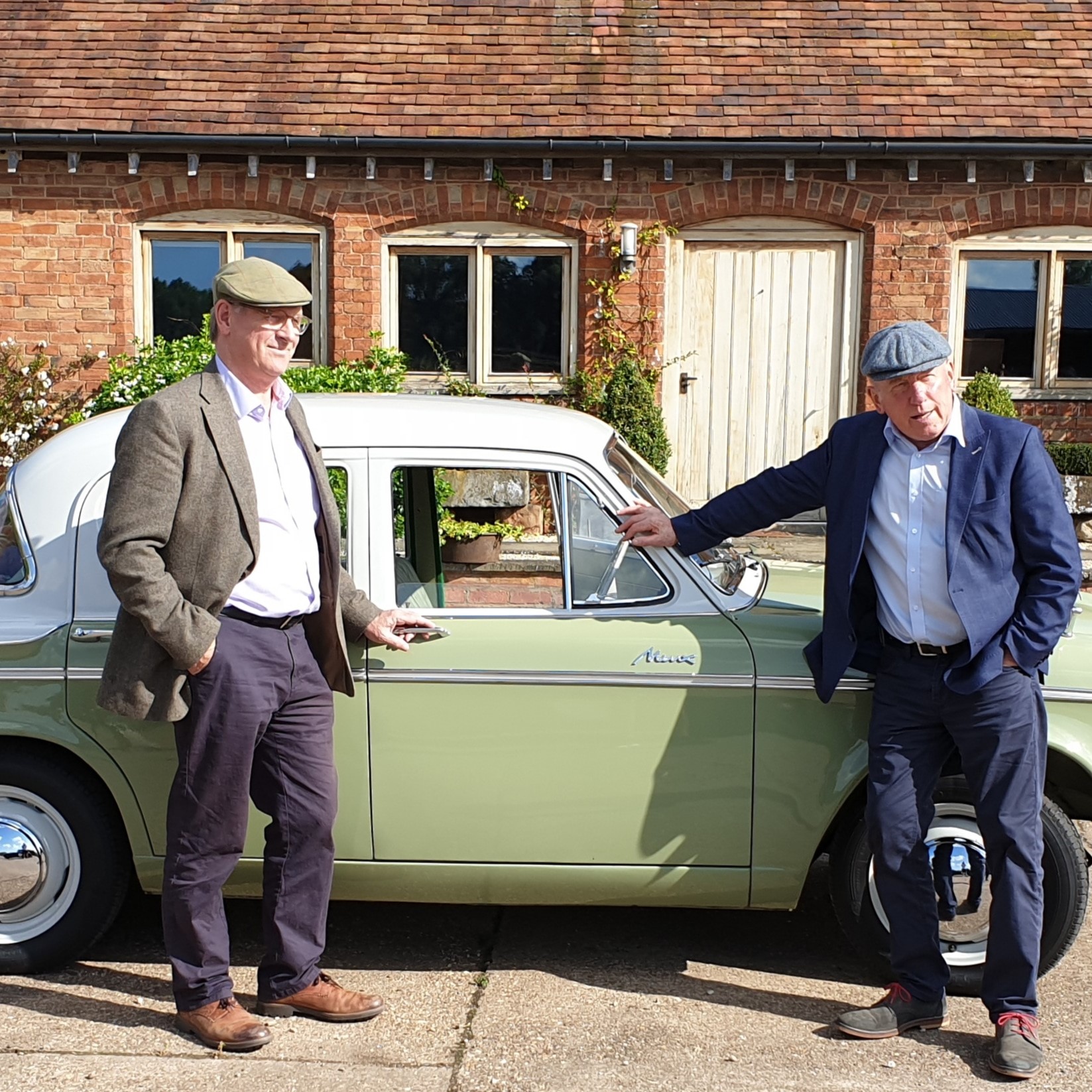 Why Hire a Vintage Bus for Your We've won an Award: Wedding Chauffeur