Elizabeth and Guy were married at the beautiful and prestigious Harbour Heights Hotel in Poole, Dorset.  This wedding venue is a 4 star boutique style hotel with stunning views across Poole’s Natural Harbour. The venue is located in Sandbanks also known as the millionaires' row – home to Harry Redknapp, former players Graeme Souness and Darren Anderton, Ian McGlinn, the Body Shop investor, and until recently cricketer Geoffrey Boycott.

Elizabeth and Guy choose to hire a couple of Rolls-Royce Silver Cloud I Wedding Cars to transport them and their bridesmaids from their home in Bournemouth to the All Saints Church in Branksome Park where they got married.

After the ceremony, the Bride and Groom made their way to the Wedding Reception at the Harbour Heights Hotel in their wedding car while the second car transported the bridesmaids.

" I met with Elizabeth and Guy back in June 2014 at the Harbour Heights Hotel. A lovely couple! We sat down to talk about their requirements, showed them around the venue and tailor made a personalised wedding package. We kept in touch throughout the wedding planning with wedding suppliers booked, final numbers, menu tasting, timings, Etc. On the day the Bride got ready at their home and arrived at the hotel after their church Ceremony. I was there to congratulate them with a Glass of Champagne as they arrived to the hotel. I looked after the happy couple throughout their day. What a fantastic wedding… I truly enjoyed planning Elizabeth and Guy’s wedding and I wish them both a happy time together. "

On behalf of all of us at Premier Carriage, we wish you every happiness together. 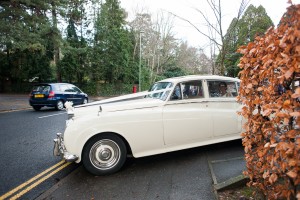 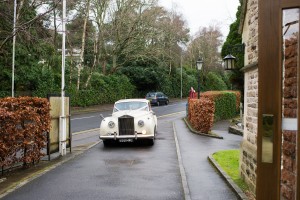 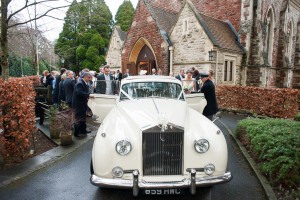 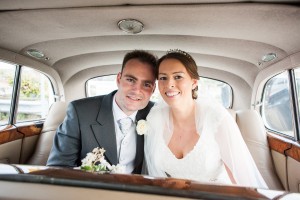 Elizabeth and Guy - The Happy Couple in their Wedding Car[/caption] 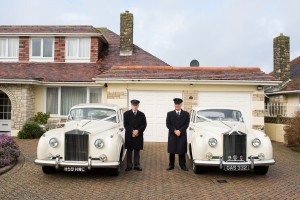 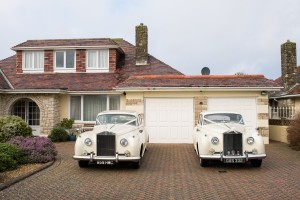 Two Rolls-Royce's outside the Bride's home in Bournemouth[/caption] 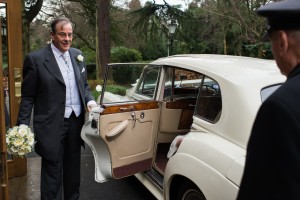 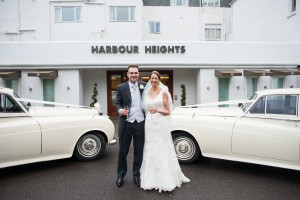 Bride and Groom in front of Harbour Heights Hotel in Poole, Dorset[/caption]