If you love the sea, salty air and refreshing sea breezes then choose to get married in Devon with its beautiful coastlines and blue flag beaches.

Devon has two coastlines as beautiful as each other. There are many wedding venues very close to the water’s edge offering a large choice from large, to smaller intimate celebrations.

We’ve put together a small selection of Devon’s coastal venues to which our wedding cars in Devon frequent regularly.

Located on the Northern Coastline the large Victorian style building has stunning views over the ocean with three miles of beautiful beaches and very close to National Trust Headlands. With four ceremony rooms and two churches nearby they have plenty of options to recommend. Nothing is too much to ask that the wedding planner ‘Adrian’ will not be able to help you with.

A unique Wedding Venue, Tunnels Beaches is one of only a few places where you can get married on the beach. There is a Thatched Gazebo, and also a stylish glass fronted function room and bar facilities with balcony and roof terrace overlooking the garden. An ideal venue to WOW your guests with private secluded beaches, spectacular sunsets and fantastic scenery for your wedding photos. You can organise your wedding and be shown around the venue by ‘Zoe’ the wedding planner at Tunnels by calling her on 01271 879882. 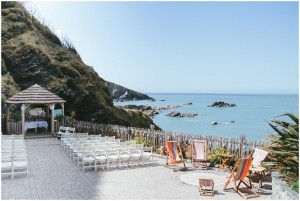 The Saunton Sands Hotel in Braunton near Barnstaple is overlooking miles of golden sands and is a favourite for surfers and holiday makers. The wedding venue is licensed for wedding ceremonies and civil ceremonies of up to 200 guests. There is also the option to hire the venue on an exclusive basis. Wedding Photos can be taken in the hotel’s ground or even on the beach.

The Salcombe Harbour Hotel & Spa is a stylish wedding venue located on Devon’s southern coastline. Located about 15 minutes drive from the Market town of Kingsbridge, about 30 minutes’ drive from the beautiful Dartmoor National Park and Plymouth is only a 50 minute drive. The wedding suite holds up to 100 guests and there is a private outdoor terrace with stunning views over the ocean. Nothing is too much trouble at the Salcombe Harbour Hotel to ensure you have the wedding of your dreams… 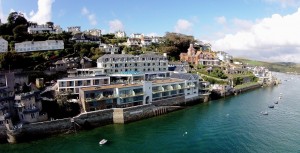 With its breathless Victorian architecture and elegant interiors the Grand Hotel is Torquay’s most well known wedding venue for over 130 years. They have stunning wedding rooms overlooking the garden and the English Riviera and one of the reception rooms can hold up to 240 guests. Over the years many of our Wedding Cars have made their way to this famous Torquay hotel. 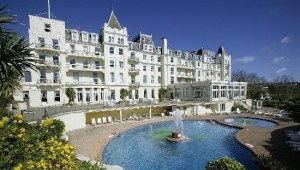 The Grand Hotel in Torquay

Only a few minutes drive from Exeter, the Orestone Manor in Maidencombe is one of Devon’s most sought after wedding venue.  an enchanting Georgian Manor House by the sea has superb view over Lime Bay . Award winning 2 Rosette restaurant. The Devon-based country house hotel is Licensed for Wedding Ceremonies and Civil Partnerships, they can cater for up to 95 guests for Wedding Breakfast’s. 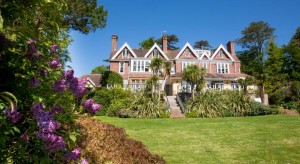 The Orestone Manor in Maidencombe, Devon

Thank You for letting us share pictures of your stunning Coastal Wedding Venues Devon.